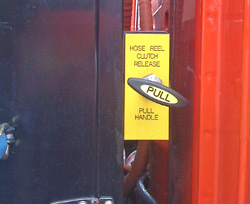 The CFA was aware of the potential hazard at its main training college for at least 12 years but did nothing to warn firefighters.

Qld: The UFU and United Voice work together
A joint campaign to stop the state government targeting Members' industrial rights and work conditions.

NSW: Households could pay to maintain emergency services
The state government is seeking community feedback on plans for a new tax to fund firefighters, police and ambulance officers.

USA: Romney cut millions for firefighter gear
The item, which was restored by the legislature, provided for $2.5 million in grants to local fire departments for firefighting equipment that would "include, but is not limited to, turnout gear."