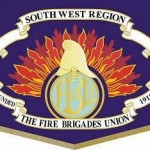 UK: Fire service will be 'unfit for purpose' if cuts go ahead, firefighters warn local MPs.

A dozen firefighters from across Wiltshire travel to Westminster to warn local MPs plans to slash £1.8 million from the Fire Authority budget would render the county’s fire service “not fit for purpose” and could cost lives.

USA: IAFF succeeds in easing normal retirement age regulations
The Internal Revenue Service (IRS) announced April 18 that it has agreed to overhaul proposed regulations that would have created significant problems for many public sector pension plans. The proposed revisions represent a significant victory for the Union, capping a five-year campaign to protect fire fighter pension plans.

NSW: Tweed Shire wants out of rural firies
Tweed Shire Council wants to sever its involvement with the Rural Fire Service, saying it was a 'master and servant' relationship. The Local Government and Shires Association of NSW put out a discussion paper asking for the opinions of councils to either retract involvement, take over firefighting duties in each region or keep the current arrangements.

NZ: Fire service launches independent quake inquiry
A new independent inquiry is set to scrutinise the emergency services response in the aftermath of the February 22 Christchurch earthquake.The inquiry comes after Christchurch fire staff questioned management over the initial 12-hour response to the disaster that claimed the lives of 185 people.

India: Not enough firefighters to fight emergencies
The New Delhi fire department has only a little over half of the sanctioned 3468 personnel to respond to the huge number of calls.

USA: Marijuana grow houses pose new threats to California firefighters
Two recent fires have prompted Vallejo Fire Department to assess what could be a new threat for firefighters and the city.

NZ: Volunteer fire trucks desperately low on resources
Volunteer fire trucks were unable to respond to nearly 1000 emergencies last year because of crew shortages. If a truck can't respond, that means delays ... “they probably just don't get a call from the nearest fire station."

USA: Florida left high and dry and more prone to wildfires
Water levels in swampy areas of southern Georgia and northern Florida are at historically low levels, and already. In 2011, it was Texas that went up in flames, with a historic drought and searing heat wave leading to the worst wildfire season on record.