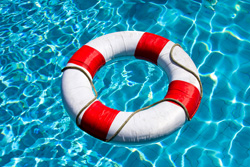 WA: Bushfire reviews may stay secret
Premier Colin Barnett will order independent reviews of the DEC and FESA handling of two bushfires that hit Margaret River and Nannup last November - but the reports could be kept private.

WA: New FESA boss's secret chequered past
One of WA's new assistant fire commissioners was reprimanded in his previous role as a prison superintendent after it was discovered he was breaking protocol by visiting a female prisoner.

WA: Out in the cold
The gazettal (sic) of three new fire districts in the South West before next summer, with minimal explanation, has put volunteers’ noses out of joint.

Vic: Only one sure strategy: go early
Since the release of the Royal Commission's report in July 2010, researchers have worked to reveal the scientific underpinnings of the bushfire .... recommend policymakers focus on .... boosting the adaptive capacity of institutions such as insurers and firefighters.

NSW: Firefighters retain and recruit
While this certainly has economic benefits for regional New South Wales it's indirectly affecting the recruitment of retained fire fighters because one of the main requirements of being a retained retained fire fighter is to be available on-call and that rules out a number mine workers who often work long hours and are often out of town (ABC Radio interview).

NZ: Attacks on fire chief lead to role change
The Fire Service's regional manager for most of the South Island has temporarily stepped down after "ongoing personal attacks" against him. The New Zealand Professional Firefighters Union said it had no confidence in his abilities. Saunders will be replaced by Wellington-based assistant commander Trevor Brown.