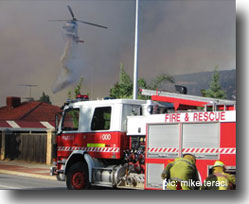 Fire services chief Wayne Gregson says he was "gobsmacked" at some of the inadequacies within the Fire and Emergency Services Authority and has flagged big changes in the way bushfires are fought in WA, including more training for firefighters. 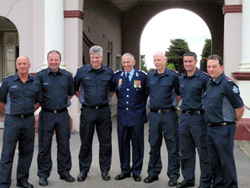 The MFB chief didn’t even take the time to talk to, congratulate of even acknowledge our existence during the official launch of this program. The CFA Chief took the time meet us, chat individually and was happy to have his picture taken with us.

Six firefighters from each agency will take part in the MFB CFA Secondment Program that has been established a result of a Bushfires Royal Commission recommendation.

NSW: LSV dispute resolved, bans lifted
A breakthrough in the current dispute over the LSV Staffing arrangement: the staffing arrangements for the LSVs are to revert to the position agreed between the parties in February 2010 as a part of the settlement of the Waratah dispute.

UK: High Court challenge to public sector pensions switch
Six unions have mounted a legal challenge on behalf of millions of public sector workers over what inflation index is used to increase their pensions. A judicial review hearing starts in the High Court on Tuesday.
FBU not to take industrial action over pensions on November 30.

NZ: Black Watch Members affected by restructure
The Union is aware of the letters received by our members regarding the employers proposed changes to black watch establishments.

USA: Viriginia firefighters rally for jobs proposal
Firefighters from around the state rallied at a Charleston firehouse to show support for a federal measure they say will provide thousands of first responder jobs.