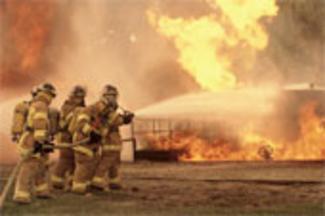 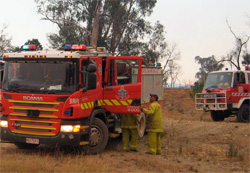 Qld: Firies burnt by 'dog' of an computer system
Queensland firefighters have been tied to their desks by a 'dog' of an IT system that has proved a multi-million-dollar money pit for the QFRS, insiders say.

SA: Hills not ready for fire danger
A report on bushfire risk by a South Australian Parliamentary committee has warned of poor safety standards for many homes in areas devastated by the Ash Wednesday fires of 1983.

Vic: Sharp increase in Geelong arson cases
The Geelong area accounted for more than a quarter of all arson reports in the Western District, which runs to the South Australian border... "The CFA is aware the statistics show an increase in the number of deliberately lit fires in the Geelong area over the last 12 months,"...

NSW: Union fires up to fight station closures
A Fire and Rescue NSW spokeswoman said a small number of stations in Sydney could be "taken offline temporarily when less than four firefighters are available due to staff absence".

Vic: Fire levy an unfair burden, say ratepayers
North-west residents will fork out an extra $100 a year for their council rates to help fund Victoria's firefighting services under one of the biggest shake-ups of state taxes in decades.

NZ: Roll out of new BA
The Fire Service ... has made it clear they have no need now for certified/trained BA Technicians, as maintenance is to be contracted out to Drager.

Portugal: EU help sought to fight forest fires
Authorities have requested European Union assistance in fighting forest fires, which have spread across the central and northern parts of the country.

UK: Futurist fixes for fighting skyscraper fires
A recent fire in the 42 story Polat Tower in Istanbul was eventually contained by helicopters and firefighters working from the ground, as was a blaze in April at the Federation building in Moscow.