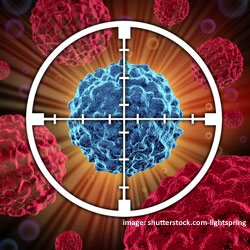 The UFUA, former CFA chief Brian Potter (who is seriously ill after years of service at the authority’s Fiskville training ground) and Volunteers Fire Brigades Victoria have written to all state MPs and are seeking a meeting with Emergency Services Minister Peter Ryan.
Firefighters call for cancer compensation.
Fiskville volunteers call for same protection.

Qld: EB update
"These demands by the QFRS are ... are about abolition of consultation and the imposition of so called ‘managerial prerogative’."

NSW: Fire stations may close under cuts
As part of the state government's 1.2 per cent annual labour expense cap announced in last month's budget, Fire and Rescue NSW spokesman Andrew Parsons said that "everything is on the table" as it looks at cost savings.
Budget threat to regional fire units.

SA: Mount Gambier takes award
The Mount Gambier community knows it is in safe hands after a fire station proficiency award was won by the local Metropolitan Fire Service station.

International
UK: Hacking charge against Brooks welcome says FBU
The Union welcomes the announcement by the Crown Prosecution Service that it will charge Rebekah Brooks and other former News of the World employees with offences relating to the phone hacking of the Union’s former general secretary. The charges relate to the alleged unlawful intercept of the FBU's Andy Gilchrist’s voicemail messages at the height of a Union pay dispute.

USA: Biden defends public unions at Firefighters' Union convention
His remarks began loudly and passionately, but tapered off into a mellow, slow pace, as though he were having a fireside chat with the more than 3000 members of the International Association of Fire Fighters.
Obama: ‘we are going to keep fighting for what matters to you’.
IAFF 51st Convention coverage.

NZ: Collective Agreement - remuneration rules
The Union and the Fire Service Working Party meet to develop a revised remuneration structure for Firefighters and Officers. Terms of reference have been developed.

UK: Gleam of hope in Essex fire dispute
There is new hope of a breakthrough in the dispute between Essex fire and rescue service and the county’s firefighters, the Fire Brigades Union says.