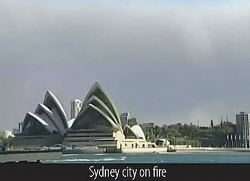 Terrorist organisation's magazine offers examples and statistics of devastating fires to illustrate bushfires as a weapon of terrorism.

Qld: Fire chief fears bushfire season
The wet summer had created significant dangers; rural firefighters believe the region could be in for a torrid time this bushfire season and are urging landowners to do all they can to reduce fuel hazards.

ACT: Civic in the line of fire
Figures show Central Canberra was responsible for 22.5 per cent of the 12,000 ACT Fire and Rescue callouts last financial year.

NSW: More to firefighting than just putting out blazes
''When I first started I was the 34th registered female fire fighter in New South Wales, but now there would be well over 100 women out of the 3000 permanent fire fighters ...''

NSW: Fun day at the fire station
The annual open day across New South Wales is the opportunity for the community to see how fire stations work, while picking up valuable tips on fire safety. Often, it also acts as a recruitment drive.

Qld: Firies pedal to aid burn victims
Cycling firefighters will depart Southport fire station on May 15 to ride south of the border.

International
NZ: Firefighters pay settlement
Invercargill Professional Firefighters Union secretary Aaron Ramsey said members had voted to agree to the new collective contract with the employer by 60 to 40 per cent, ending industrial action throughout the country.
Ratification ballot: the proposed Collective Agreement has been ratified and members now have a Collective Agreement to work under again.

UK: Essex cuts would see one in five lost
Essex fire crews are warning that one in five frontline crews will have gone since 2008, if further cuts being demanded by managers go ahead.

Philippines: Desperate plea to save shanty town
Manila firefighters had difficulty getting enough water to put out the fire and had to call coast-guard boats to spray more from the bay.

USA: House adopts budget plan that targets firefighters
The House of Representatives has brushed aside objections from the White House and the IAFF to endorse a budget plan that will result in significant cutbacks in fire protection and require federal fire fighters to pay more out of pocket to qualify for a pension.

UK: Crews raise major safety concerns over use of small fire units
South Yorkshire fire crews have accused their managers of multiple breaches of health and safety legislation over the imposed introduction of small vans to replace properly equipped and crewed fire engines.

USA: Same old excuses about diversity
26 years later, there are 482 firefighters, including 23 black men, 12 white women, one American Indian, one Pacific Islander and one Hispanic. There are no black women.