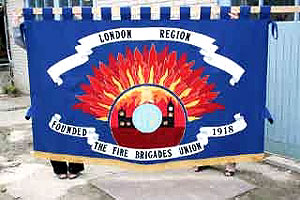 The Government is demanding £65 million of austerity budget cuts in the London Fire Service while boosting the police budget by tens of millions.

Australia
NSW: 'Firefighter's worst nightmare'
Three dead after fire tears through nursing home: firefighters forced to search the rooms by crawling on their hands and knees.

SA: Fly-in support to tackle bushfire
Dozens of firefighters have flown from Adelaide to the Gawler Ranges on upper Eyre Peninsula in South Australia to help fight a bushfire.

UK / Palestine: FBU Dundee to Nablus Project aid released
The Union welcomes news of the release of its Palestinian humanitarian aid by the Israeli Authorities. The lifesaving firefighting kit had been detained at the Israeli Port of Haifa for more than a month.

USA: Budget showdown looms over fire department overtime
If lawmakers don’t boost the overtime, the city would be forced to close - at least temporarily - one fire station, city budget and fire officials say.